2011 was my best year so far, so editing everything down to ten photographs has been quite a challenge.  There were some photographs that I did not want to edit out, but I’ve limited the list to just landscapes and nature to make the selection a little bit easier.

One of my favorite images of all time, I call “Red Sky at Night”.  It was a chilly, windy evening along the shore of Ebey’s Landing in Whidbey Island in Washington State.  My brother and his wife were with me as we enjoyed the stars for a few hours before the clouds had finally settled over the area.  This was a single image, ISO 2500, 20 Seconds on the legendary Zeiss ZE 21mm 2.8 lens.  The nearby city lights provided a dim amount of coloration on the clouds as the stars peeked through.  I looked at the scene with my tripod in hand and wondered how this would look with a longer exposure that would allow for more of the coloration to imprint itself in the clouds. 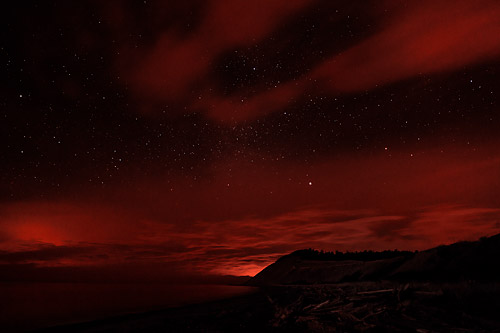 Next, is a long exposure of one of the Moulton barns in Grand Teton National Park, in Wyoming.  The landscape was barely lit with twilight when I kicked off this exposure that ended up expressing the blues and purples of an early morning twilight. 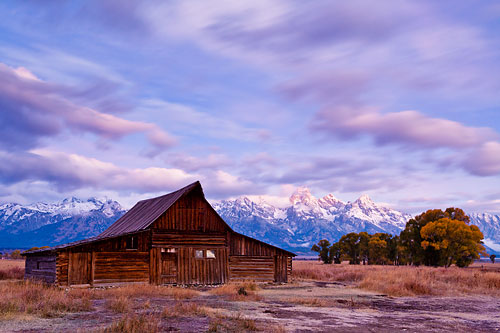 Purple and blue light colors the sky over the Moulton barn in Grand Teton National Park.

Another one of my personal favorites this year is an image I call “Moonshine”.  It was the night of the total lunar eclipse, and I left my home near Newport, WA toward Cascade County, Montana to find Crown Butte, which is the formation you see below.  I spent a few hours hiking from the road up to the base of the butte trying to route-find in the dark with a headlamp, nearly spraining both my ankles in the process as I looked for my choice spot to shoot my timelapse of the eclipse.  I failed to find a safe way up, and backed out to a backup location that I found on the way to the butte.  Before I left, I decided to shoot the butte with the full moon just out of the frame.  You can see the curtain of light cascading down onto the landscape from this long exposure with my 5D Mark II and Zeiss 21mm. 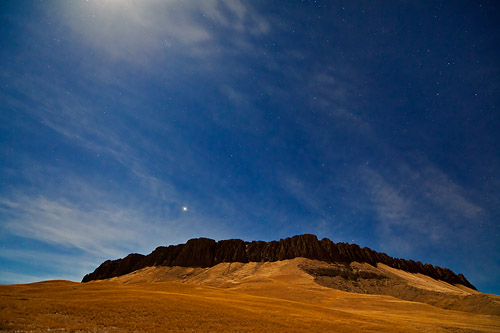 The moon casts a curtain of light down onto the low clouds and landscape in Cascade County, Montana.

Next, is a photo I captured along the side of the highway as I was headed out of Grand Teton National Park.  My good friend Don was asleep in the passenger seat and I happened to glance over and saw the sun shooting down out of the clouds onto the surrounding landscape.  I quickly pulled the vehicle over to the side of the road and began shooting. 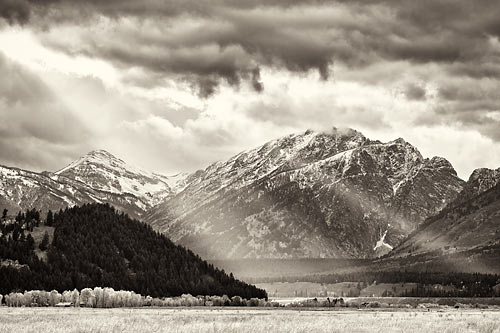 Bright shafts of light penetrate the cloud layer and add spotlighting to the scene in Grand Teton National Park.

The next image I call “Barnstorm”, and am happy to say I made when my wife Amber was with me on that stormy and cold day in Washington State’s Palouse region.  I nearly drove past this barn, deep and hidden within the Palouse on one of the multitudes of farming roads and paths that stretch over the region for hundreds of square miles. 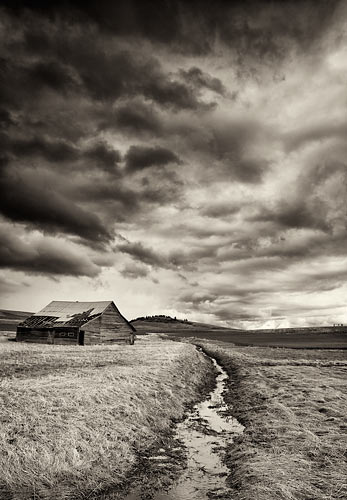 Stormclouds loom above an aging barn along a stream in a remote part of the Palouse farmland in Eastern Washington.

I have a lot of bison pictures from my trips into Yellowstone National Park during the winter, but this one is by far my favorite.  A yearling buffalo and two mature buffalo stood in nearly a perfect line near the windblown trees at one of the stops on Yellowstone’s north road between Cooke City and Gardiner. 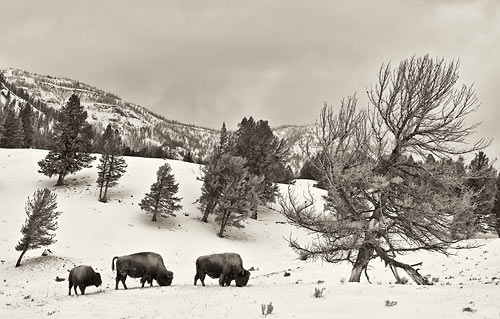 Three buffalo search for grasses to eat in the snow near an dead tree in Yellowstone National Park.

One of the truly awesome things about nature photography is that you can have experiences that others only can dream about.  Such an experience came for me when I had the opportunity to photograph this gorgeous red fox who was totally indifferent to my presence at the time.  I was lying on the road for a fox-eye view of this guy who was trotting up the road toward me.  I spent the next hour photographing him as he hunted through the snow in the forest nearby. 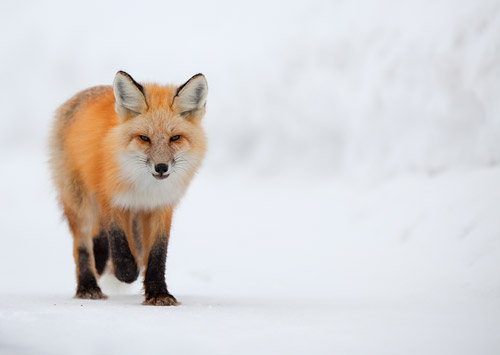 If you’ve seen much of my work, you probably know by now that I have a special love for old, decaying houses and barns.  I found this along a highway in Wyoming on my way back home from Grand Teton National Park. 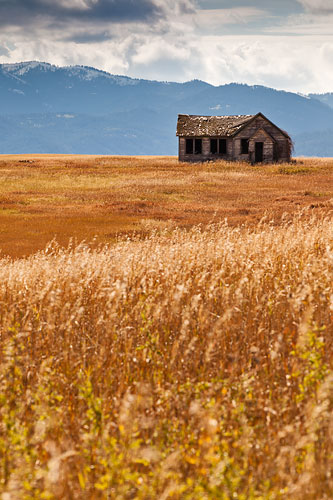 An empty, abandoned farmhouse sits in the middle of a wheat field in Wyoming.

I have not done much bird photography, but I could not resist photographing this gorgeous Yellow Warbler from Schwabacher’s Landing in Grand Teton National Park. 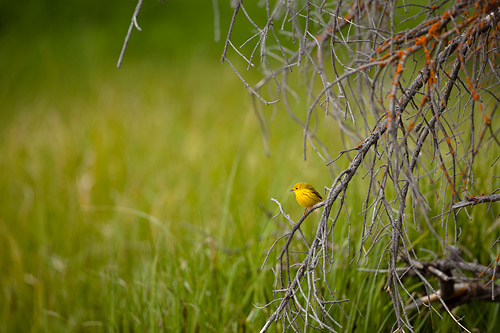 A yellow warbler is perched on a dry branch covered with lichen.

Last, but not least, I took this sunset shot from atop a rock at the west part of Deception Pass State Park.  The seagull in the frame was a good sport and didn’t move hardly at all as I made long exposures over the length of the sunset. 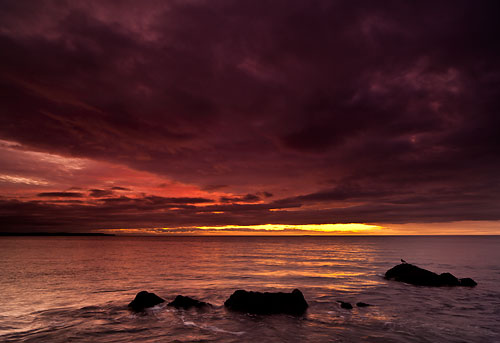 A single seagull sits on a rock during a sunset seen from the shore of Whidbey Island, Washington State.

There are a good number of other photographers who have put out their own list of the top ten photos of 2011.  Have a look here to see more work from other great photographers!

Well that’s it for this year!  Thank you for looking and have a great 2012!